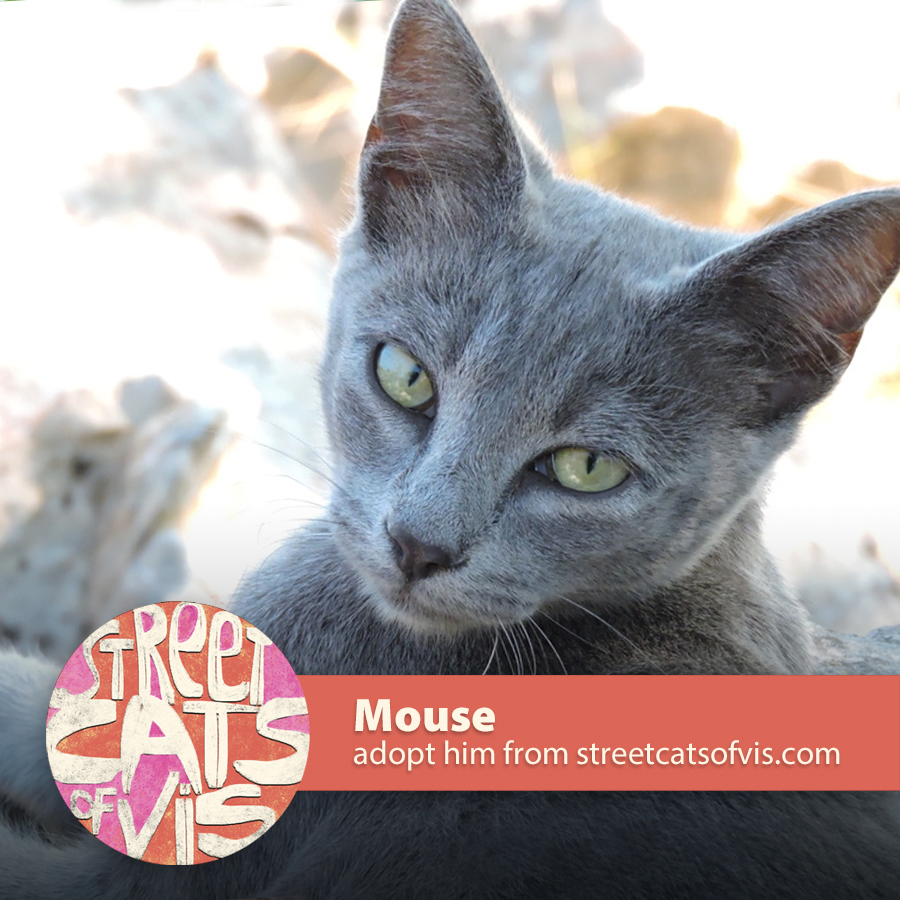 Mouse came to us in a cardboard box with Bug and Kaha on April 3, 2020. Their mother had died, and they were just three days old. Mouse got his kitten name because that’s what he looked like at that age.

We had hoped to put the three new kittens with a lactating Queen (Spacey, now Gracie) who had just lost some of her own kittens, but she had other plans. She quickly snatched Mouse and ran off with him, came back to get one of her remaining kittens (Kozmo), and never came back for the last one. We tried to save that one, but he died a few days later.

Fast forward to weaning time: Spacey started coming to our terrace to eat, bringing the kittens with her. We got Spacey sterilized then took the kittens to our land to start socializing them. Mouse warmed up quickly, but little Kozmo remained wary.

After being fostered for a short time in Split, Mouse found a forever home there, where his new name is Arthur.